ANCEL JP700 is a compatibility enhanced universal scanner. The main function of this scan tool is read and clear engine system fault code, turn off the check engine light. Even beginners are very easy to DIY and solve problems. No need to spend hundreds or even thousands of dollars to the repair store only because the check engine light on, save a lot of time and money. 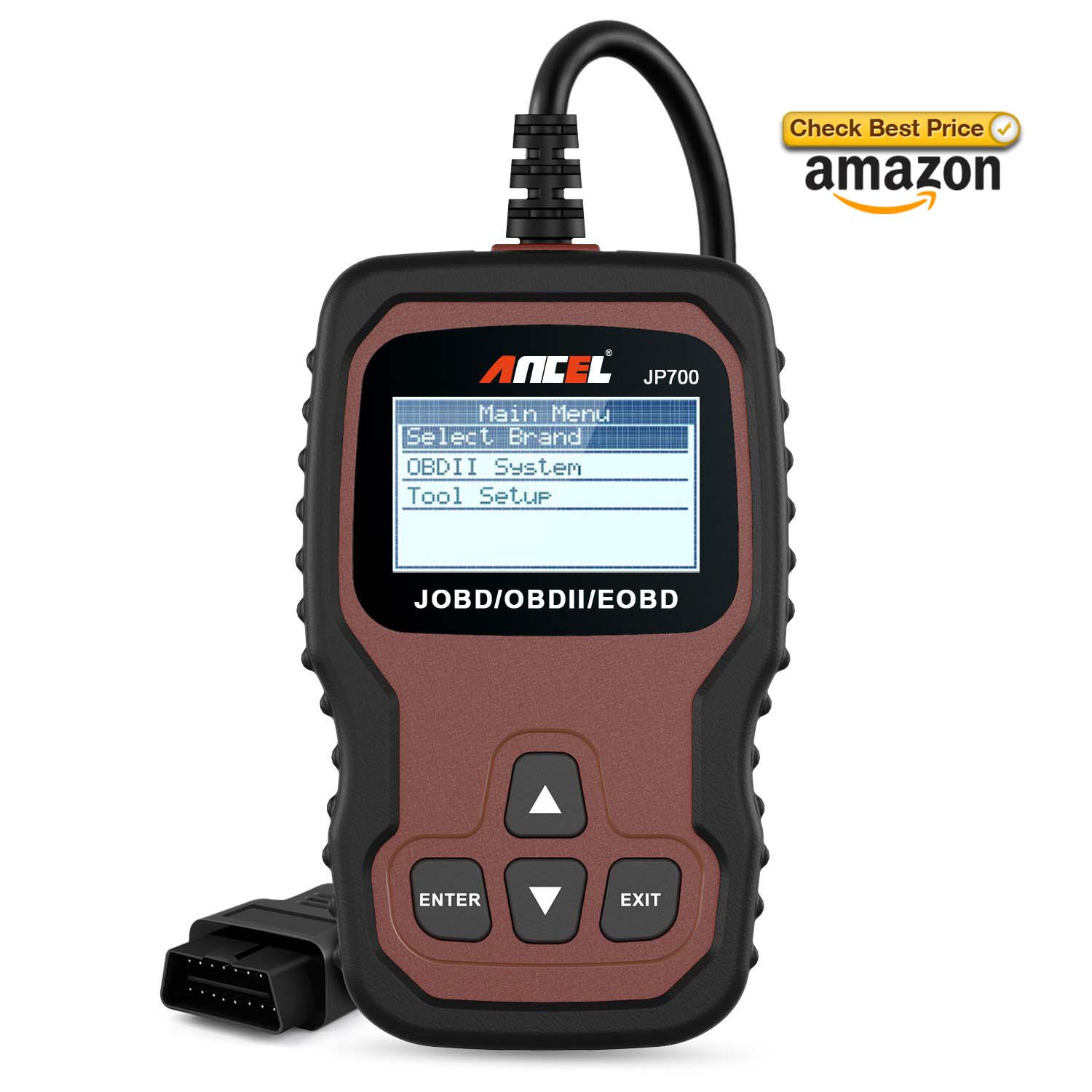 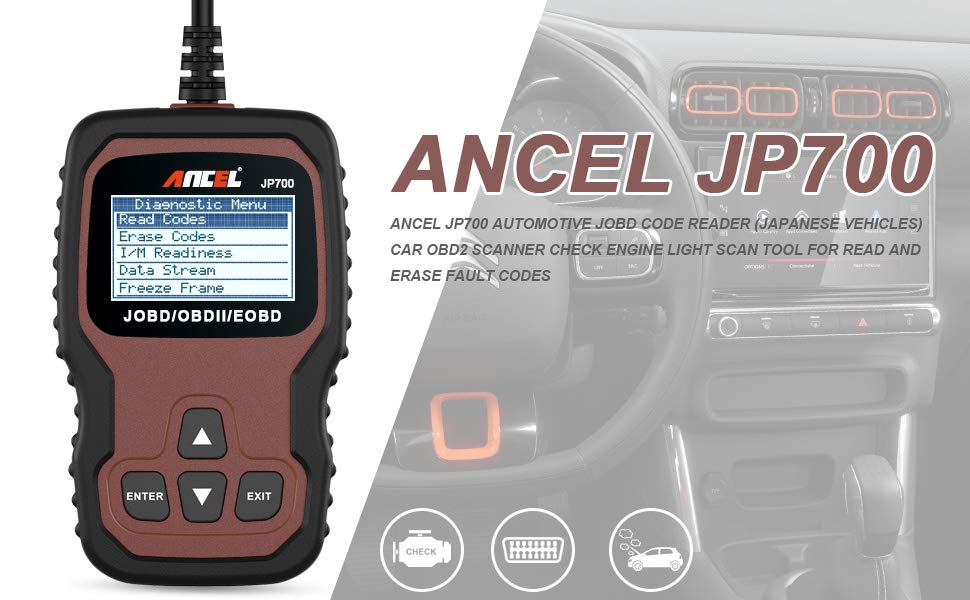 Easily determine the cause of the Check Engine Light (MIL) 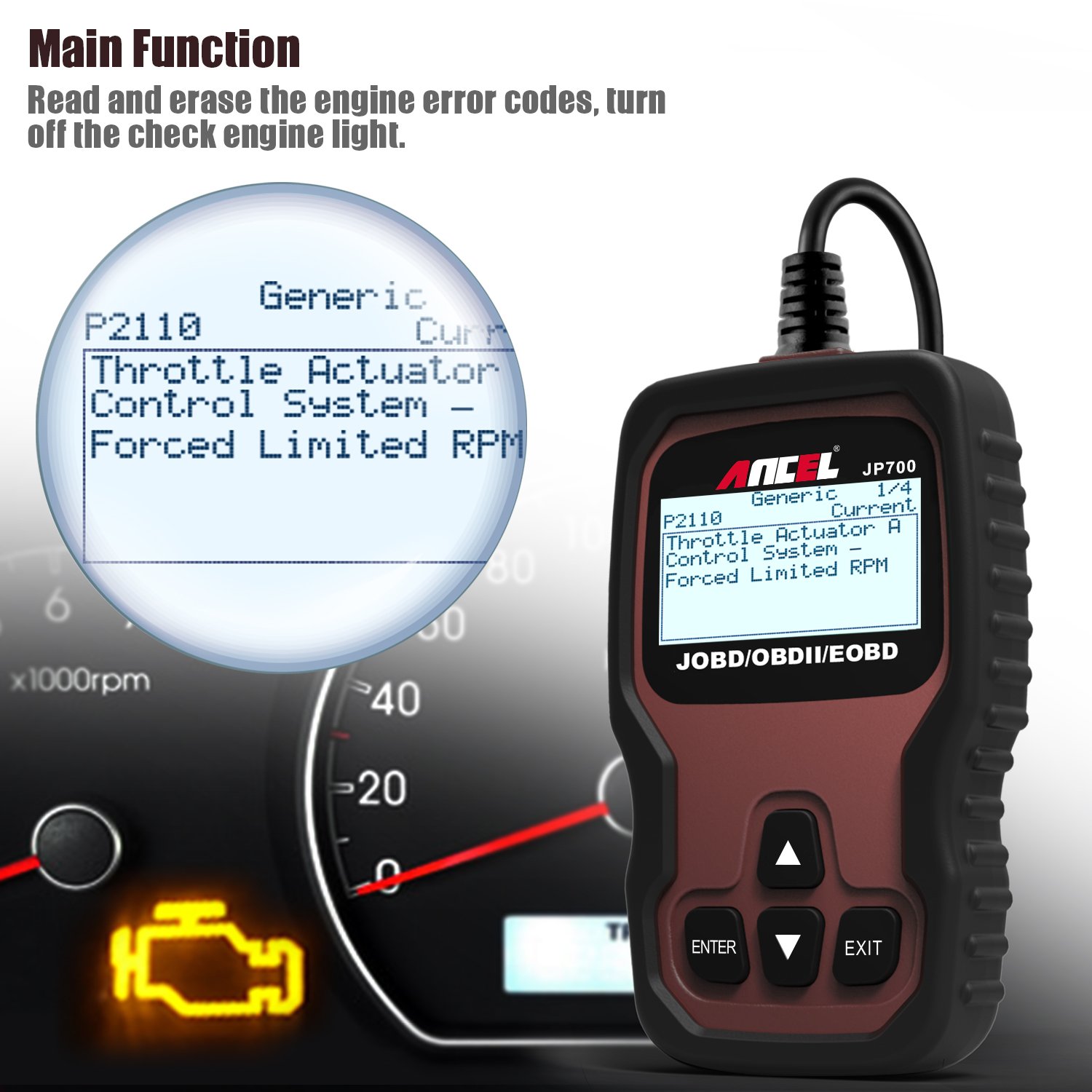 Ancel JP700 Works on MOST 2000 or newer support JOBD protocol (TOYOTA, HONDA, DAIHATSU, MITSUBISHI, MAZDA, NISSAN, SUZUKI, SUBARU)Japanese cars, 1996 or newer OBD II American cars and 2002 or newer EOBD European cars. No need any Battery or Charger, gets the power directly from the Connector in your vehicle. 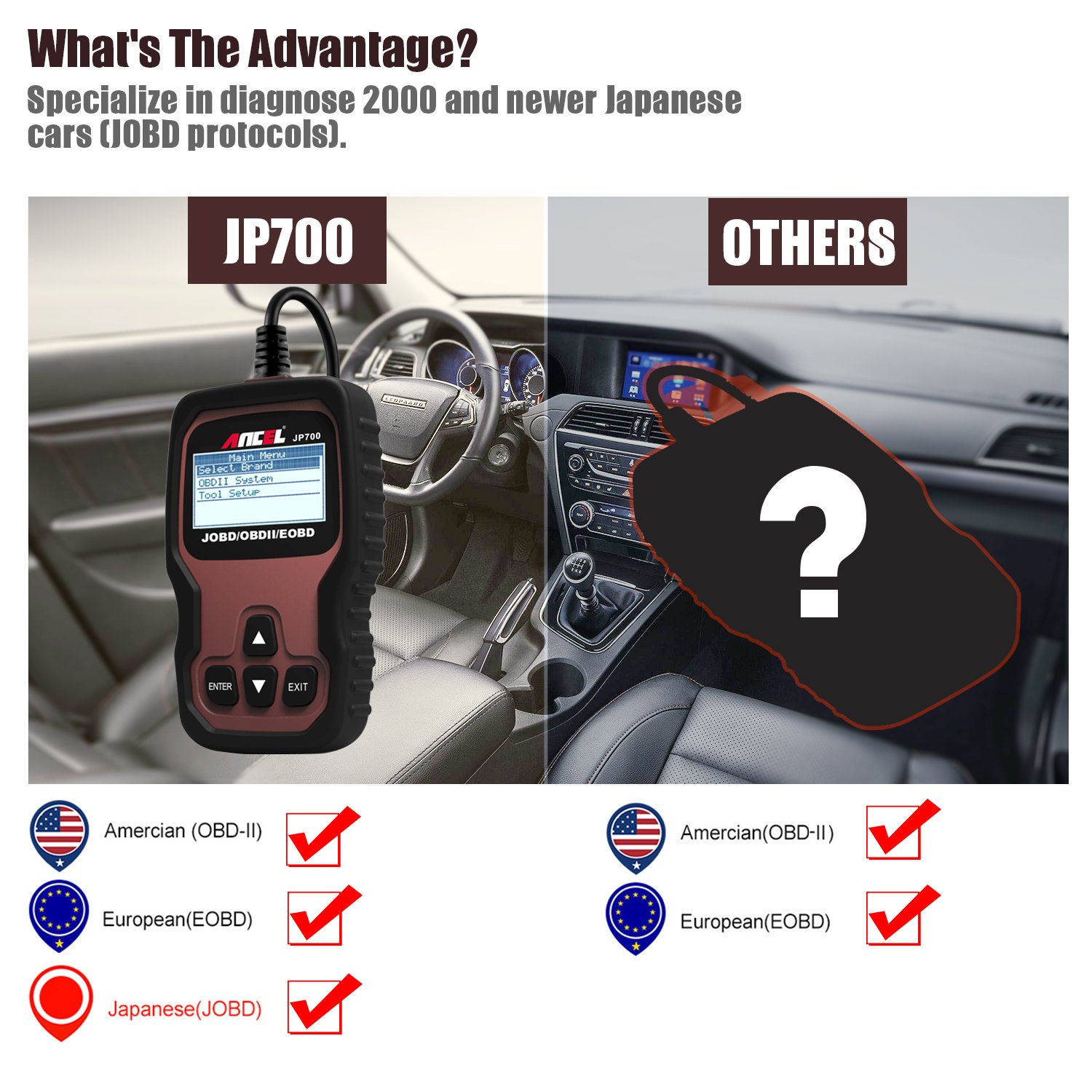 I bought this to find what was causing the “check engine” light in my 2003 Celica. Easy to use, just plug in and it tells you what is causing the error so you can pinpoint the issue, then you can turn off the light with the tool. it also worked fine with my friend’s 2008 Chevy truck in addition to what it says for Japanese vehicles.Well built, rugged construction. Handy to have, glad I bought it.

As the headline states, this scanner is a great way scan and delete codes in Japanese Domestic vehicles (JDM). I have used it on our 2004 JDM Nissan Cube and our 2002 JDM Nissan Elgrand with no issues. Highly recommned if you are trying to scan and delete old codes as that is all that it will do (no real time data or monitoring).

This is a great tool and it works on both my 2003 Subaru Wrx and 2015 Honda Vezel which are both Japanese vehicles! I think the only feature this misses is being able to just reset the ecu. 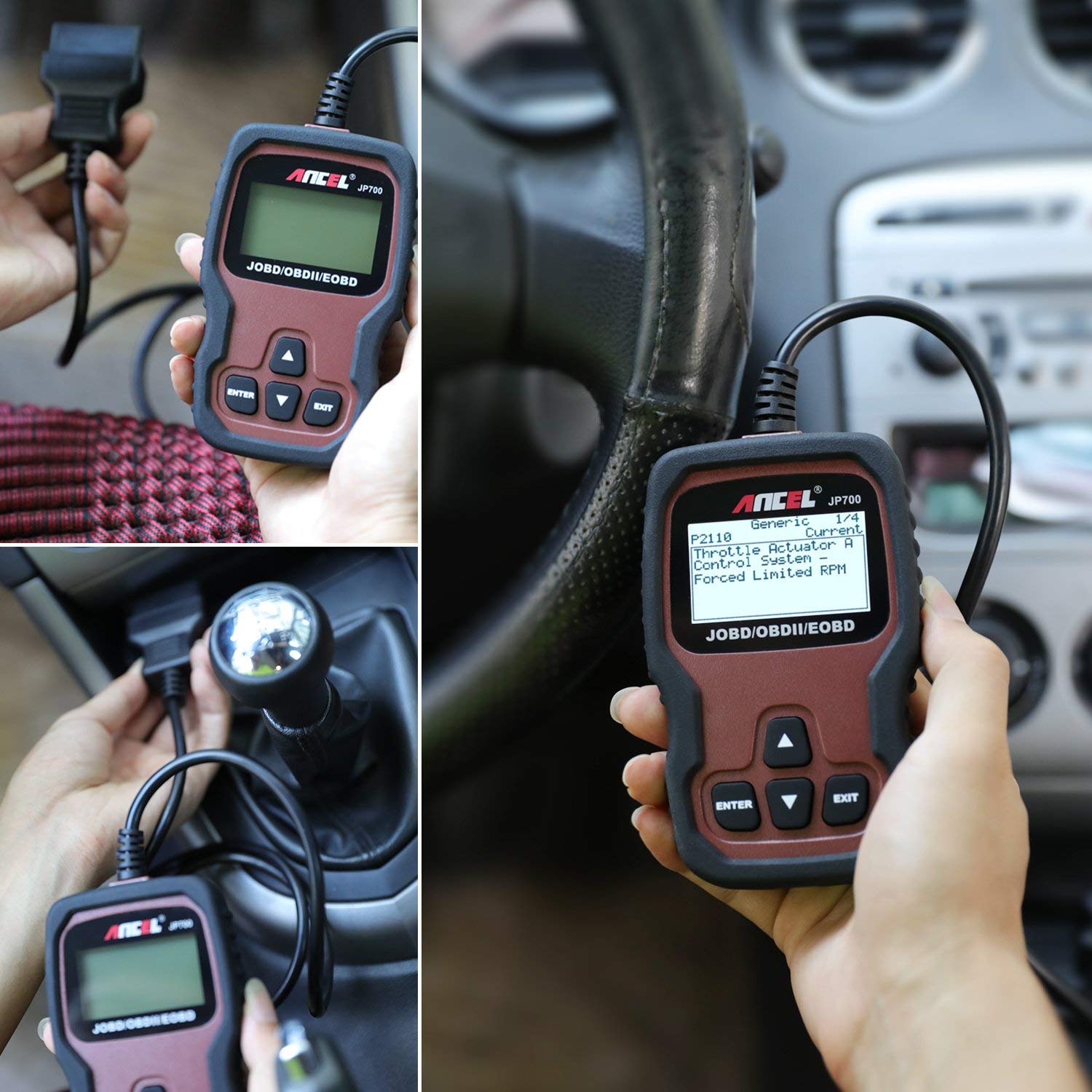 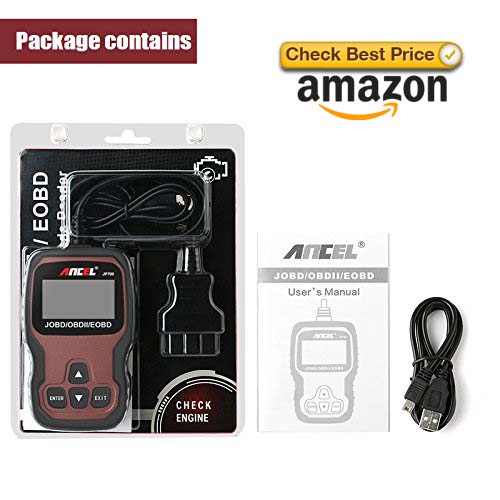 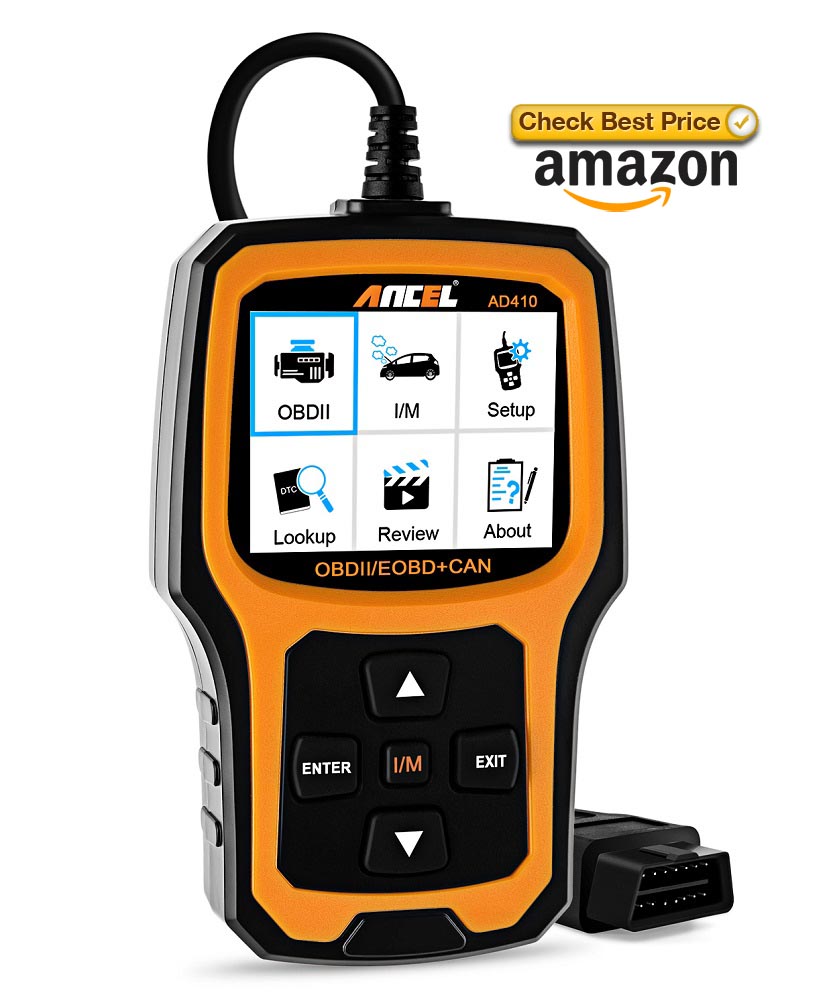 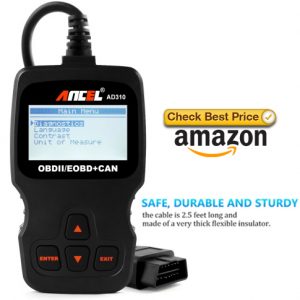 Sitemap
How to Repair Vehicle